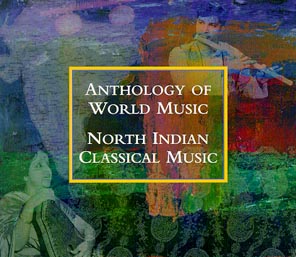 Back in the days of LPs, Alain Danielou produced an extraordinary series of compilations for UNESCO. Featuring comprehensive liner notes (in three languages!), musical transcriptions and photographs, these LPs epitomized production quality in an era when most recordings of non-Western music were spottily produced, poorly recorded and inadequately documented. The performances Danielou selected were generally of high technical and musical quality, and the series has stood the test of time.

In the realm of scholarly evaluation, however, Danielou (who died recently at a very advanced age) has fared less well. His theories of Hindustani raga structure, and on the nature of scales in general, have been systematically discredited (most recently and thoroughly by Mark Levy in his “Intonation in North Indian Music”). Although my colleagues in religious studies tell me that Danielou’s grasp of Hindu cosmology was as flawed as his ethnomusicology, his attempts to systematize the mystical qualities of musical intervals gave his writings a New Age-y resonance which makes them attractive to those seeking uncomplicated mappings between the realms of spirit and music.

To put it simply, Danielou made wonderful recordings, and wrote some pretty silly stuff. There’s no difficulty in assessing the records he produced: they’re uniformly significant, useful, informative and often exquisitely beautiful. The liner notes are another kettle of fish entirely, and require careful and skeptical reading, for his mystically-informed theories crop up everywhere, and many of his facts are simply wrong. Rounder Records’ commendable reissues of the original UNESCO series brings this conundrum to a new generation of listeners.

This 4-CD set brings together a quartet of Danielou-produced LPs which first came out in the 1960s. The music spans the entire range of Hindustani performance styles, with appearances by many musicians who are otherwise un- or under-represented in today’s record stores. Among the vocalists are several fine singers who are unknown to all but afficionadi, and there are several shorter pieces which make important additions to the currently available recorded literature. The instrumental items include some intriguing wild cards, including perhaps the only commercially available recording of the sursringar (bass sarod), and performances on vichitra veena, dilruba and shehnai in addition to more commonly heard instruments.

Disc One, subtitled ‘Vocal Music’ presents the most important classical vocal styles of Hindustani tradition, beginning with an almost-30-minute rendition of the morning raga Ahir Bhairav by Zahiruddin and Fayazuddin Dagar, sung in the Dhrupad style. Beginning with an elaborate alap (gradual, free-rhythm development of melodic material), they move after fifteen minutes into a relaxed song composition set to the 14-beat Dhamar cycle. With rhythmic elaborations and variations growing more intricate with each cycle, the two brothers build a compelling musical universe before the final rhythmic cadences. Recorded close to the start of their career, this is a fine look back at the music of these two superb singers (both of whom have died relatively recently). It is appropriate to remark here that if Alain Danielou had done nothing else, his role in the revival of the ancient Dhrupad song tradition marks him as a crucial figure in the post-Independence resurgence of Hindustani music.

We next hear the khyal singer Yunus Hussain Khan presenting a pair of fascinating pieces in the rare rainy-season raga Sujani Malhar. Yunus Hussain was a popular and well-respected performer in Bombay who never achieved the fame of some of his contemporaries. As his presentation is in the pure style of the Agra gharana (stylistic lineage), which was closest to the Dhrupad idiom, this makes a nice complement to the lengthy exposition by the Dagars. Further, the raga is ‘aprachalit’ (literally ‘out of the way’) and thus this recording is an important and useful addition to our resources. Yunus Hussain’s khyal is followed by a performance of considerable interest: the female singer Dipali Nag (also well-known for her lengthy biography of Ustad Faiyaaz Khan) presents a thumri (romantic song) in the traditional raga Bhairavi. Nag’s inspiration is clearly the style of Faiyaaz Khan, and her treatment of text and phrasing is exquisite.

Disc Two was originally titled “The Tala-s of Hindustani Music,” and featured short performances in a variety of rhythmic cycles. Although the title of the original LP suggested a record of drumming, the disc in fact included a variety of song and instrumental styles, each set to a different rhythmic structure. The pieces are virtually without exception superb. We begin with a devotional song in 7-beat rhythm, rendered by Laxmi Shankar, set (unusually) in Kaunsi Kanada, a profound night raga which is rarely heard as a vehicle for lighter song material. Shankar is a wonderful singer; her enunciation is clear, and her intonation laser-precise. The whole performance is a model of clarity.

The second vocal piece presents the Tappa, an uncommon song style featuring elaborate ornamentation. This item, rendered with brilliant technique by the distinguished light classical singer Girija Devi, was one of my favorites when I first heard it years back; time has given me no reason to change my mind. Devi’s voice is penetrating (Western ears may find her tone rather nasal) and flexible, and she handles the tricky embellishments with great finesse. Two performances from the sarangi and rudra vina follow. First is Sabri Khan’s instrumental rendering of a vocal thumri in the raga Misra Khamaj; previously heard as an accompanist to Girija Devi, he shines in this elaborate solo feature. Asad Ali Khan’s long item is one of the earliest available recordings of this great master, and it’s well worth the price of admission; he’s a superb musician, incapable of compromising his aesthetic principles. His rendering of the raag Basant (spelled “Vasanta” in Danielou’s Romanization) is a joy to the ear and mind.

The second disc is completed with three drum solos, all presenting percussionists who are relatively unknown in the west (and for that matter in India). A brief pakhawaj solo by Prem Vallabh is followed by two short tabla solos; all offer tantalizingly brief glimpses of the intricacy of the Hindustani drumming tradition. These pieces are also noteworthy in that they represent an older and less extroverted form of this tradition; these players come from the days in which rhythmic compositions and techniques were carefully maintained within the boundaries of their hereditary traditions — and thus Danielou’s recordings give us a glimpse into an older world of music, now for the most part lost to commercialized presentations.

Disc Three presents a selection of stringed instruments, leading off with perhaps the best known, the sitar. The artist, Arvind Parikh, is a prominent disciple of Ustad Vilayat Khan, and performs very much in his ‘gayaki’ or vocal style. This is a valuable recording for several reasons: because the artist is not widely known outside India, because his style represents a faithful reconception of the musical concepts of one of the century’s major artists, and because Parikh himself is a canny and understated virtuoso who presents the eerie and emotive raga Marwa with a genuine sense of aesthetic balance. The first two tracks hold his complete performance, which occupied a full side of the original LP.

Remember when there were “A” and “B” sides? No? I must be getting old. When I got the LP, two decades ago, my hopes for the B side were high, for it offered an intriguing duet between two uncommon instruments, the surbahar and sursringar (bass versions of the sitar and sarod respectively). Alas, the track was a disappointment then, and it’s a disappointment now. The two instruments are similar in timbre, and there is no detectable stereo separation, so it’s virtually impossible to tell them apart. The duet rendering of the rainy-season raga Mian Ki Malhar is a competent piece of playing from the German surbahar specialist Manfred Junius and sursringar-ist Sulalit Sinha, but it never gets much beyond that, and there are several all- too-audible tape splices which diminish the unity of the performance. We still await an adequate recording of sursringar, which has almost completely vanished from the concert stages of contemporary India.

The last item on this disc, however, is a real delight — a lyrical and emotive exposition of the morning raga Todi by Gopal Krishna on the Vichitra Veena. This unfretted instrument rests horizontally in front of the player; the notes are stopped with a glass spheroid held in the left hand. Intonation is very difficult to control, but the Vichitra Veena (literally ‘strange instrument’) has tremendous potential for long slides and precise inflections. Gopal Krishna is not a widely known performer, but if this recording is any evidence, he’s a world-class musician.

The fourth and final disc presents two stringed instruments and two wind instruments. We begin with a delightful sarod performance of the morning raag Basant Mukhari by Ashok Roy. Roy is described as a disciple of Ali Akbar Khan, and indeed his rendering is in Ali Akbar’s style. Roy’s intonation is pure, his plectrum work precise, and his musical conception well-integrated. A relative rarity follows — a performance on dilruba, which is a metal- stringed, fretted bowed instrument best conceived as a cross between the sarangi and the sitar. Om Prakash Sharma presents the raga Kalavati, a pentatonic favorite. While his adaptation of a popular khyal melody is a good demonstration of the dilruba’s capabilities, it doesn’t hold up well to repeated listenings — Sharma’s bowing is facile but hardly subtle, and jarring timbral shifts and intonational lapses vitiate the raga’s mood.

The next item features the bansuri, a simple bamboo flute first brought to the Indian concert stage by Pannalal Ghosh and subsequently developed to a technical high point by Hariprasad Chaurasia. Chaurasia, early in his career, offers one of his stand-bys, the lyrical raga Desh, which he has performed and recorded innumerable times since. It’s a technically flawless performance, lyrical and brilliant by turns. Kashinath Mishra’s tabla support, in the 10-beat cycle known as jhap-taal, is self-effacing and intelligent. Chaurasia and Mishra switch toward the end of the performance to another melody, this one in the ubiquitous teental cycle.

The shehnai is India’s version of the oboe, a double-reed instrument with a piercing and resonant sound. While considered auspicious and indispensable at weddings and festive occasions, the shehnai’s introduction to the Indian classical concert milieu was entirely accomplished by Ustad Bismillah Khan, who is still playing in his eighties. Danielou’s recordings, however, feature lesser-known musicians who clearly worked at the borderline between the indigenous folk shehnai idioms and the world of classical music (as indicators, note that two featured players, Motilal and Hiralal, are identifed with only single names, and that the accompanying drum is not the tabla, but the folk duggi ). Their rendering of the early-evening raga Yaman is a professional and workmanlike performance, although far from Bismillah Khan’s delicately nuanced artistry.

This four-disc compilation makes a good introduction to many Hindustani instruments and vocal styles. The vast majority of the recorded items are beautiful, powerful and historically important. There is a wealth of information here for the curious, but Danielou’s commentary should be taken with multiple grains of salt; “it ain’t what he don’t know that bothers me — it’s what he knows for sure that just ain’t so,” as Will Rogers once said of President Hoover. In this respect, Rounder’s decision to reprint Danielou’s original notes without further fact-checking and proofing is unfortunate. But these are minor quibbles. Rounder’s commitment to this reissue series is enormously valuable, for Danielou (whatever his personal eccentricities and scholarly lapses) was a record producer of genius, one whose work set the standard for decades and remains relevant, interesting and rewarding today.